“The most unsettling thing about our existence is not that we suffer, not that we fail to accomplish what we might, not even that we sin.  Rather it is that, in spite of all this darker side of reality which we do not deny, we exist for joy and happiness.”
-James Schall, The Sum of Total Human Happiness, XII

“…Plato’s initial understanding that the beginning of all social disorder and reform is first found in the souls of the citizens, in about what they hold to be true, about how they act to achieve it.”
-James Schall, The Modern Age, 149

“I had worked hard for nearly two years, for the sole purpose of infusing life into an inanimate body…I had desired it with an ardor that far exceeded moderation; but now that I had finished, the beauty of the dream vanished, and breathless horror and disgust filled my heart…I beheld the wretch—the miserable monster whom I had created.”
-Percy Shelley, Frankenstein, 35

“In answer to the question ‘How often do you go to a library, and what do you do there?’ one panelist replied: ‘My dad is still into the whole book thing.  He has not realized that the Internet kind of took the place of that.  So we go to the library almost every Sunday.  I actually have a library card, but I have not rented a book for a long time, but I go to our school’s library a lot because they have the most of the course books.’”
-Mark Bauerlein, The Dumbest Generation, 41

I Pause beside the stream, and hear
The waters talking all the way;
If I had a proper ear
I could tell you what they say.

The lovely tree against the sky,
Which the first sun rests upon,
Has a message for my eye;
If I had a proper one.

On the golden heath I met a wind,
It whispered to me as I stood;
If I had a proper mind
I could answer, so I could.

I am deaf and dumb and blind,
No reply can I invent
When a stream, a tree, a wind,
Asks am I intelligent.

Like writing your first interpretative essay as an undergraduate, I spent too much time on the title of this blog rather than why.  Hopefully this post and ones from others will present to you why a new blog like this should be read.

What are “The Finer Things in Life” or not?

I.
I have been watching a television series via Amazon Prime, Veronica Mars…perhaps not step toward the finer things, but what struck me were the issues and friction between characters were “first world problems”, not those you might consider vital to living or even surviving, but really dealing with the luxuries of the affluent and those below affluence…the middle class.  Poverty was hinted at and even the homeless were mentioned once or twice in an episode, but the “class” issues were between those who had two cars versus those who had any number and whatever cars they wanted. Life of affluence does not define that one is living or seeking the finer things.  I hold that one can become more distracted with “things,” that those, which we should turn toward, are left by the wayside.

II.
I have surrounded my children with books.  I do not take them to the library as I should, for my personal monetary easement, but also that they could see that such buildings do exist.  The books are in the house, throughout the living room, dining room, hallways and bedrooms.  Most of the books are not for their childhood reading, but they are surrounded.  My wife has asked an assortment of questions about the books: are you going to read all these books? What are you going to do with all these books before you die?

Both are easily answered, “Yes, I am going to read them, and more important than a one time perusal, I am using them.  The second question does not catch me by surprise, but rather reminds of me of my mortality and do I have enough books to read and use before I meet my Maker?  So pull up a chair, and pick out a book and read.

III.
My fourth grade son is memorizing and studying Tennyson’s “The Charge of the Light Brigade” for Literature; fourth graders studying duty, obedience, and death through poetry, all with a sense of wonder.  Similarly, I had a recent excursion with the fifth grade to Bayou Bend visiting the house and furniture collection Ima Hogg (only in Texas!), studying history from colonial time

through the early republic, all through furniture!  25 fifth grade boys were respectful and interested, asking more questions than there was time, their imaginations were vibrantly alive. Preparing boys for standardized testing is not the education, which my sons and schoolmates partake. They are cadre of young boys venturing into poetry, and history—living the Finer Things in Life.

IV.
My eighth grade son’s field trip today is to visit a part of the largest private Civil War collection, not in a museum, but at the headquarters of the Silver Eagle Distributor.  Mr. John Nau, president and C.E.O. of Silver Eagle Distributors, a man I have not had the pleasure of meeting, is successful professionally, and spends his leisure time studying history.  He is also the current president of the Texas State Historical Association.   I mention Mr. Nau not for his strength or weaknesses of character, but rather his balance or view of life is not just one of professional success, but of the Finer Things in Life. My son and I have discussed over the last couple of days a letter that I hope he is able to view on the field trip.  A letter from Robert E. Lee to his brother, Captain Sydney Smith Lee about why he had to choose to resign on April 20 and not wait:

“Arlington, Virginia, April 20, 1861.
“My Dear Brother Smith: The question which was the subject of my earnest consultation with you on the 18th inst. has in my own mind been decided. After the most anxious inquiry as to the correct course for me to pursue, I concluded to resign, and sent in my resignation this morning. I wished to wait till the Ordinance of secession should be acted on by the people of Virginia; but war seems to have commenced, and I am liable at any time to be ordered on duty which I could not conscientiously perform. To save me from such a position, and to prevent the necessity of resigning under orders, I had to act at once, and before I could see you again on the subject, as I had wished. I am now a private citizen, and have no other ambition than to remain at home. Save in defense of my native State, I have no desire ever again to draw my sword. I send you my warmest love. R.E.Lee.” 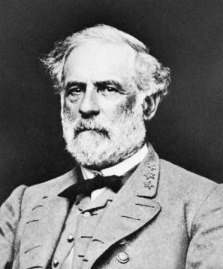 General Lee also on the same day of resigning wrote a letter to his sister, Mrs. Anne Marshall on the reason he chose to resign:

“Arlington, Virginia, April 20, 1861.
“My Dear Sister: I am grieved at my inability to see you…. I have been waiting for a ‘more convenient season,’ which has brought to many before me deep and lasting regret. Now we are in a state of war which will yield
to nothing. The whole South is in a state of revolution, into which Virginia, after a long struggle, has been drawn; and though I recognize no necessity for this state of things, and would have forborne and pleaded to the end for redress of grievances, real or supposed, yet in my own person I had to meet the question whether I should take part against my native State.

“With all my devotion to the Union and the feeling of loyalty and duty of an American citizen, I have not been able to make up my mind to raise my hand against my relatives, my children, my home. I have therefore resigned my commission in the Army, and save in defense of my native State, with the sincere hope that my poor services may never be needed, I hope I may never be called on to draw my sword. I know you will blame me; but you must think as kindly of me as you can, and believe that I have endeavored to do what I thought right.

“To show you the feeling and struggle it has cost me, I send you a copy of my letter of resignation. I have no time for more. May God guard and protect you and yours, and shower upon you everlasting blessings, is the prayer of your devoted brother, R. E. Lee.” 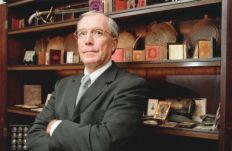 There is much to contemplate in both letters…I reflect that my son and his classmates will enjoy and admire the private collection of John Nau, but in the background to touch a moment in America’s history that the Finer Things in Life were put on hold as America truly came to grips with who and what it is to be.  Over 150 years have passed and the culture of South may be just a remnant, but it was strong and true enough that a few eighth graders today are not heading to an institution that preserves history, but someone who has taken it upon himself and the use of his means to preserve and share history…the Finer Things live on in Houston and in a few schools.

Welcome to our blog and I hope you visit often, contemplate, and enjoy.